What do a bare-chested Vladimir Putin stroking the backside of an Olympic gymnast, a Botox overdose, and a partial brain transplant all have to do with each other? They can all be seen in a sold-out, groundbreaking new staging of a play in Moscow. This is what happens when politics and theatre collide in Russia.

The play, titled “Berlusputin,” premiered ahead of the March 4 polls for presidency (Putin has now won back the presidency). The show draws inspiration from the incendiary internet gossip swirling around the election and breaks almost every remaining taboo about the Russian leader’s personal life. The text is an adaption of “L’anomalo Bicefalo,” a work by an Italian playwright. 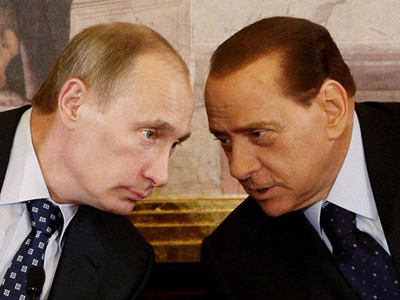 A glimpse into this unique and enchanting evening of theatre:

The Internet rumors of Putin’s Botox use, the mucky situtation with his estranged wife, and his hardcore crush on Olympic rhythmic gymnast Alina Kabayeva all were fodder for the play – much to the demise of the state, and much to the delight of almost everyone else in the country. The director has promised that they will continue to do the play as long as Putin is in power. 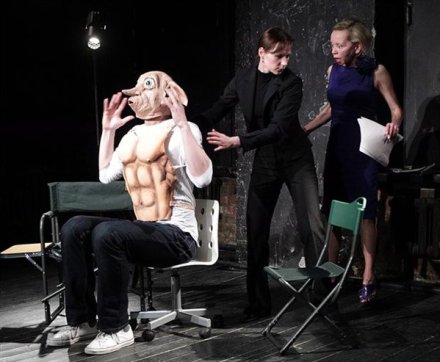