“so I guess her cancer wasn’t metaphorical after all. Sorry.”
– “Illness As a Metaphor,” Bloody Bloody Andrew Jackson

Bloody Bloody Andrew Jackson tips its hat to Susan Sontag by alluding to her prolific writings on the practice of describing illness through the use of metaphors. She argues that there is a certain set of contagious vocabulary that we employ when discussing diseases:

“We have to wage a war on this cancer.”
“He’s battling a disease.”
“This threat to life must be stamped out.”

and if someone perishes…

“They lost the fight.” 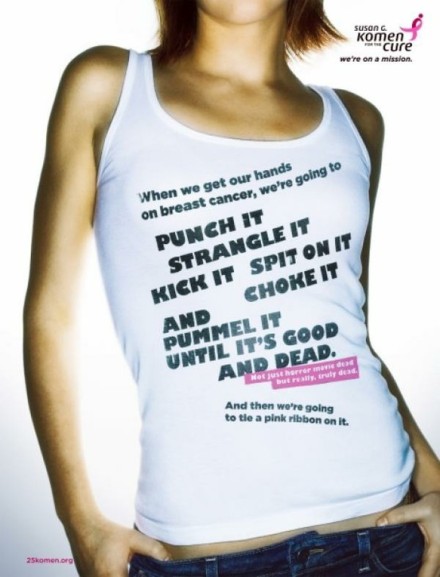 With many illnesses, we treat the way we speak about them as if the host was invaded or caught by the disease. Whereas with injury, we simply say that we are in the process of healing. There’s no great war, only the path back towards health.

Sontag asserts that much of the reason that we use these terms has to do with the mysterious conditions surrounding disease. With cancer, for example, no definite cure has been established. She suggests that once a cure is discovered, the horror, mystery, and metaphors surrounding cancer will dissipate as well. We use the language to bolster ourselves against that which we do not entirely understand.

And although her book came out in 1978, her wish to challenge the victim mentality is still valid and meaningful today. Her goal with her writing was to “alleviate unnecessary suffering.” She believed that wrapping disease in metaphors discouraged, silenced, and shamed patients.

While argument is still a divisive one, I do agree that using aggressive terms and mindset towards illness can ultimately harbor one’s path back to health. This is not to belabor anyone’s struggle with disease – as I know many of them can be just that – a true daily struggle. But instead of “fighting” these diseases, we need to champion health. Each negative thought we latch onto and play on repeat in our heads manifests itself in our body as stress. Only by accepting and supporting wellness can we hope to heal.