Would they be nicer to the little fishes?

Enjoy an animated representation of one of Brecht’s most notable satirical fables.

With gems such as:

“If sharks were men, they would, of course, also wage wars against one another, in order to conquer other fish boxes and other little fish.”

“If sharks were men, there would, of course, also be art. There would be beautiful pictures, in which the sharks’ teeth would be portrayed in magnificent colors and their jaws as pure pleasure gardens, in which one could romp about splendidly. The theaters at the bottom of the sea would show heroic little fish swimming enthusiastically into the jaws of sharks, and the music would be so beautiful that to the accompaniment of its sounds, the orchestra leading the way, the little fish would stream dreamily into the sharks’ jaws, lulled by the most agreeable thoughts.”

Why resist change when it could promise some of the best new moments for you? Here’s to always coming to know ourselves better.

“A single event can awaken within us a stranger totally unknown to us. To live is to be slowly born.”

The next time you’re feeling blocked, remember that you are on your own side. You have created, you will create again. The key is love for what you’re doing.

“The creative process is not controlled by a switch you can simply turn on or off; it’s with you all the time.”

Music is the great uniter, bringing together people and cultures in a language all its own. What musical favorites from other countries have you discovered and fallen in love with as of late?

“So long as the human spirit thrives on this planet, music in some living form will accompany and sustain it and give it expressive meaning.”

Image from artPause, available to purchase

“I believe that there is a subtle magnetism in Nature, which, if we unconsciously yield to it, will direct us aright.”
– Thoreau 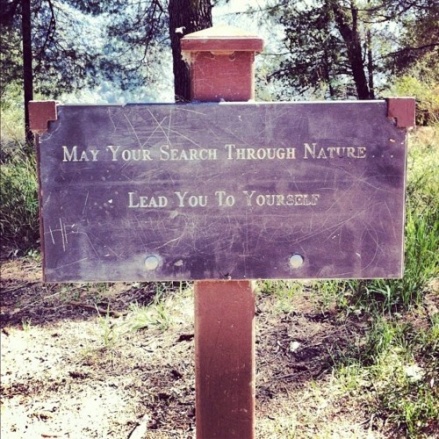